It is the season of magnum opus motion pictures in India as many pictures are in queue. Like RRR, Radhe Shyam, Ponniyin Selvan, KGF 2, Vikrant Rona and many others.The multistarrer movie led by Ram Charan, Jr.NTR, Ajay Devgn and Alia Bhatt. The shooting of the movie has resumed with proper safety precautions and the team currently working in Hyderabad. 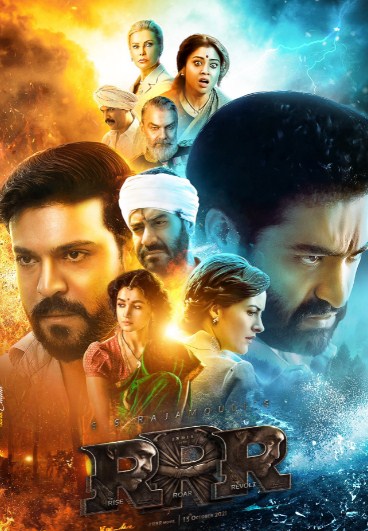 It was my pleasure sir. Much love to you and team #RRR ? https://t.co/nk0LlXpAhG

According to the sources, the first single will be released as a video song and an update about the song will be out today.  It is officially announced that the music rights of the movie has bagged by T-series and Lahari music spending hugh amount of 25 crores for 5 songs.Famous Bollywood composer Amit Trivedi has also rendered his voice for a track in RRR.

Recently, the team has launched its making video and its going viral and created huge expectations on the multistarrer picture.

And the motion picture is scheduled for a theatrical release on October 13.