Bigg Boss 4 Tamil: One of the popular reality shows Bigg Boss 4th season is coming to an end by today evening. Bigg Boss 4 Grand Finale is going to launch today at 06:00 pm and this final will be a six hours show.

Bigg Boss 4 Grand Finale will be broadcast on the Star Vijay channel and Disney+Hotstar VIP. The show will run for six hours and there are many performances and some guests of last season will enter the house to announce the winner of Bigg Boss 4.

As per the unofficial Poll, Aari Arjunan is in the first place, Balaji Murugadoss is in second place, Rio Raj is in third place, Ramya Pandiyan is in fourth place and Somsekhar is in fifth place. Lets see the Official confirmation in few hours. 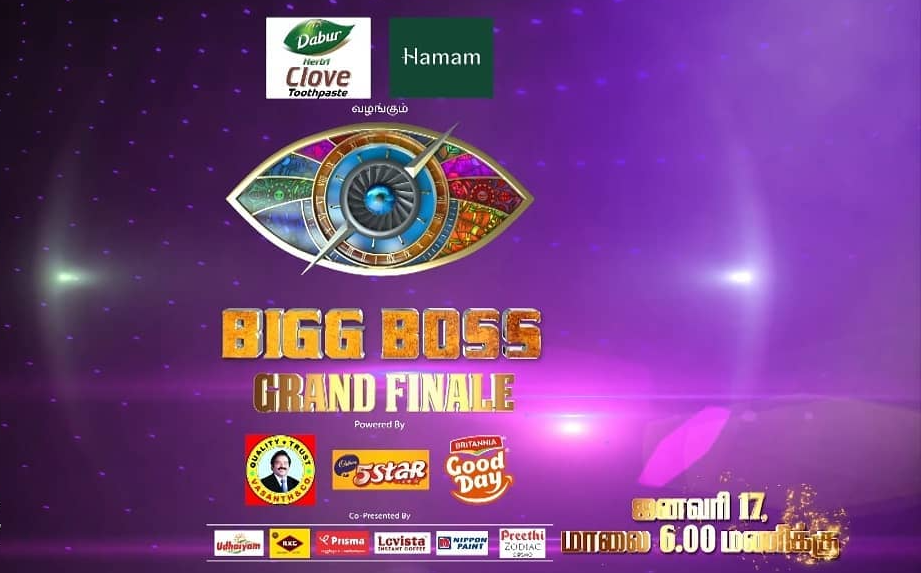 Yesterday, Half the final shoot was completed. In that, all the contestants are in the stage for finals and they are seeing the trophy by touching in their hand with full happiness. In yesterday’s shoot, Somsekhar eliminated and he is the fourth runner-up. Ramya got eliminated next and she is third runner-up.

Read About: Bigg Boss 4 Tamil Grand Finale: Who is the winner of Bigg Boss 4?

A remaining shoot will start by 03:00 pm today and the winner, the first runner up, and second runner-up will declare today. By seeing the unofficial polls Aari Arjunan will win the title. But wait for official Confirmation.