Emergency medical aid can prove to be the difference between life and death for a common man. In a country like India, the unprivileged people are more vulnerable in case of an emergency. A sudden medical condition or an accident can be fatal in absence of a medical aid.

These unprivileged people often lack the funds to avail emergency healthcare services even if they are available. They often lose the race against time, while carrying a patient to the government hospital.

However, all this was bound to change with entrepreneurs like Shweta Mangal playing an important role to transform the emergency healthcare system. She, along with her fellow entrepreneurs established Ziqitza Healthcare Limited in 2004. The ambulance service provider started to bridge the gap by reaching to the patients in need of emergency medical assistance within a short span of time. 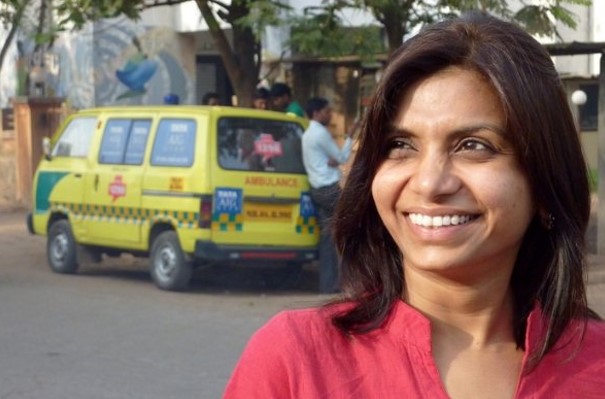 The best thing about the venture was the vision behind it. Shweta always wanted to impact the lives of the unprivileged, making Ziqitza more of a socially-motivated company.

The firm adopted a different model to make the services affordable by the poor. It was probably the most creative way to deal with the financial challenges. Under the cross-subsidized model adopted by Ziqitza, the patients who can afford to take the ambulance to a private hospital are asked to pay for the service. While the company charges very little or nothing from those going to the government hospitals.

In other words, the company is proving itself to be the Robin Hood of healthcare industry. The only difference is that Ziqitza takes money from the rich only after providing the appropriate services. After that, it utilizes the same money to assist the unprivileged through quick medical aid.

Ziqitza, today operates more than 3500 ambulance in 17 states. Launched by Shweta Mangal with an aim to serve the rich and poor alike, Ziqitza has already helped more than 10 million people in the country by providing emergency medical services.

The company has a lot of potential. It can taste success outside the country as well. The leaders of the company are very keen to take it one step ahead and expand the operation of Ziqitza Health Care Limited within and outside India, and operate the ambulances across all the major developing countries.