Home Headlines Why do we need to observe Social Distancing? And, Why Live Sports...

This is an incredibly important time for our country. As lockdown are observed across multiple states, the authorities are doing everything possible to curb the worrying outbreak. Even Rajasthan has enforced section 144 to restrict crowds and compel people to observe social distancing.

But what is social distancing, and how would it help restrict the spread of the current outbreak in India? As daily life gets hit and people are gripped by anxiety, we need to know why this measure is of utmost importance now more than ever? 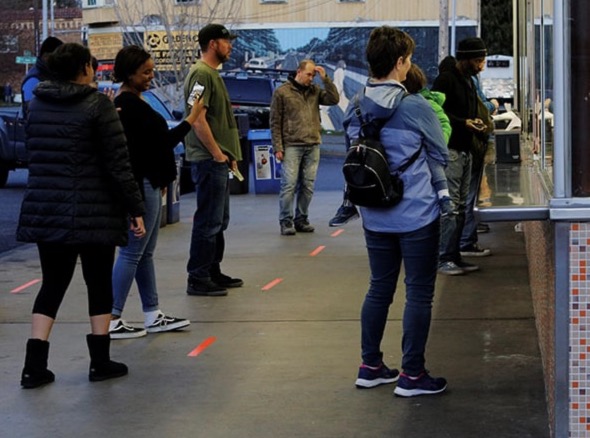 Current measure taken by the State and Central Government

Section 144 has already been imposed in Noida, the states of Rajasthan, Jammu and Kashmir, and Haryana. Along with that, states like Maharashtra, Telangana and other southern Indian states have enforced lockdowns to varying extents. Most workplaces across the nation are either implementing the work-from-home provision or giving leaves to employees for an extended period.

Theatres, malls and other public places have been shut in many states. Even, high profile events like IPL has been postponed to help the nation focus on the problem in hand.

How organising Live Sporting events will be irresponsible at this point

Most people are used to having a highly active social life – hanging out with friends, attending matches or other events etc.

For example, the recent event which should have been avoided took place was “Sports Tiger T10 Super League” owned by Myteam11. The opening ceremony was held on 20th March along with the first match which created a fair amount of buzz among sports fans in Jaipur and fantasy sports users.

The T10 tournament was supposed to take place between 20th March and 5th April 2020. It was to be played between eight teams and broadcasted on the Sports Tiger app. The tournament was not approved by Rajasthan Cricket Association or the BCCI.

While there were immense concerns and complaint about the event, the first match between Power Giants and Panther Heroes held on 20th March 2020, which started at 11 a.m at Aravalli Cricket Ground, Jaipur was stalled by police intervention. The tournament’s future matches too ended up getting postponed. But this wasn’t the only league taking place during the outbreak. Hapur Premier League’s 2020 edition continues to progress in U.P despite the current situation. Such live sporting events involve players, support staff and has the potential to put lives at risk.

While the timely intervention of authorities shall continue to implement measures for public safety, we must do our part too by avoiding and reporting such events. In the interest of the nation and your personal health, it is a humble appeal to refrain from such temptations and remain indoors. Our health is also our responsibility!

What is social distancing?

Social distancing is an infection control measure that aims at reducing human contact and thereby, decreasing the probability of interactions between infected and non-infected people and the possible spread of the infection.

Why do we need it now?

The current outbreak is said to spread through droplet contact (i.e. coughing and sneezing). Once the infection sets in within a person, they can spread it to anyone who comes in close contact with them.

That is how the number of cases across the world spiked up so fast. As a result of which, there is immense pressure on the healthcare services to keep up with the needs of those infected. Considering the vast population of our country, a continuous rise in infection cases will threaten to overwhelm our healthcare system.