MEERUT, Uttar Pradesh — Nine hundred million people, just shy of the combined populations of Europe and America, will have the chance to vote as Indians line up to decide who will lead the country for the next five years.

Five years after Narendra Modi and his right-wing Hindu nationalist Bharatiya Janata Party(BJP) swept to power, the country appears at a crossroads: Indian society is fractured along the lines of caste and religion, the economy is still recovering from a series of ill-considered shock measures, and unemployment is rampant. 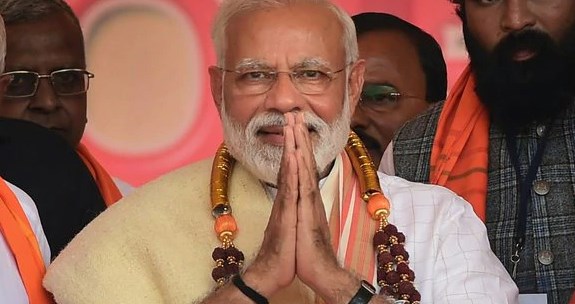 “This is not a real election. It is a virtual election being fought on the imaginary issues of national security,” said Shiv Visvanathan, a social anthropologist and professor at O.P. Jindal Global University. “It is a total invention.”

Despite this, the government was struggling earlier this year, right up to 14 February when a suicide bomber killed over 40 paramilitary troopers by driving a van-laden with explosives into a troop convoy. A brief military skirmish with Pakistan followed, ensuring that national security dominated the headlines for the next several weeks.